Why do we still get these kinds of reports???
This topic has been deleted. Only users with topic management privileges can see it.
S
S
slptlp Reply Quote

Why do we still get these kinds of reports???

“Poison control calls for kratom have soared in recent years
New research reveals a dramatic rise in the number of calls to U.S. poison control centers regarding the herbal supplement kratom. The plant, which is native to Southeast Asia, has been the source of controversy in recent years, as its use has been touted as an alternative to opioids and other painkillers, as well as a supposed treatment for depression, anxiety, and symptoms of opioid withdrawal.
But kratom, often taken as a pill or brewed as tea, is not regulated by the FDA and health officials have expressed concerns about its safety.
The study, published in the journal Clinical Toxicology, found that calls to U.S. poison control centers about kratom skyrocketed more than 50-fold, from 13 calls in 2011 to 682 calls in 2017. That's the equivalent of going from about one call a month to two calls a day. Overall, there were more than 1,800 calls over the entire study period, with two-thirds occurring in the two most recent years.
More than half of the cases in the study involved serious medical issues, and nearly a third resulted in admission to a health care facility. Side effects in the study ranged from rapid heartbeat, agitation and irritability, and hypertension to seizures, coma, kidney failure, and even death.
"Kratom use has been associated with a variety of serious medical outcomes, from seizures and coma in adults to severe withdrawal syndrome in newborns," Henry Spiller, co-author of the study and director of the Central Ohio Poison Center at Nationwide Children's Hospital, said in a statement. "Individuals who choose to use kratom need to be aware of the potential risks. Just because it is currently classified as an herbal supplement does not mean it is regulated or that it is safe."
According to the American Kratom Society, 3 to 5 million people in the United States use kratom.
The Drug Enforcement Administration (DEA) lists it as a "drug of concern," and because it is not regulated, product quality, purity, and concentration vary among products dramatically. The FDA has also issued several warnings regarding kratom in recent years.
"Scientific data we've evaluated about kratom provides conclusive evidence that compounds contained in kratom are opioids and are expected to have similar addictive effects as well as risks of abuse, overdose, and in some cases, death," FDA Commissioner Scott Gottlieb said in a statement last year.
The agency is also investigating reports of 44 deaths connected to kratom use.
In the current study, nine of the 11 deaths reported involved people who had taken another drug with kratom, including alcohol, diphenhydramine (allergy medicine), benzodiazepines (anti-anxiety medications), fentanyl, and cocaine.
Forty-eight cases of kratom exposure involved children aged 12 and younger, and 69 percent of these were children younger than 2 years old. Seven were newborns, five of whom were experiencing symptoms of withdrawal.
"As physicians, we need to educate pregnant women on the risks of kratom use during pregnancy and while breastfeeding," Spiller said.
The study authors call for increased regulation of kratom by the FDA.
"At a minimum, kratom products should be free of potentially harmful contaminants, provide a uniform strength of active ingredients, and have appropriate labeling," they conclude. "Increased regulation of kratom products would help guarantee product quality and safety."
© 2019 CBS Interactive Inc. All Rights Reserved.”

Because journalists have gotten lazy.
Rushed for deadlines and jump on bandwagons w/o doing an ounce of fact checking.
Because big PHARMA puts so many big dollar advertisements through newspapers and TV. that's become all that matters.
Keep the $ rolling in, forget about the truth.
Political leaders are corrupt and self seving.
Only worried about staying in office as long as possible.
All the journalists are doing is recycling old material. I don't think that plagiarism is even cared about anymore.

Sorry, my frustration over a few other articles I have read this morning, have my blood nice and hot!
I'll re answer this in a few minutes.. ESPECIALLY after I find my glasses 😏

Yes, my wife passed this to me this morning. This is out of Columbus (isn't it)? It is interesting in its timing given that Ohio Board of Pharmacy votes in early March on legality of Kratom. My poor wife has had to endure me for 40 years, all of the mental and physical issues and all of the pharmacological cures from anafranil (ugh...tricyclics...ooooh my), SSRIs (cycled through many of them finally stopping the madness at 240 mg Prozac / day.. now finally back to 40mg), benzos (whole spectrum), quetiapine (seroquel), topamax (nicknamed dopamax haha for good reason) et al. That was through my 20's through early 60's while I was working as a Senior Manager at a Fortune 500 company (falling asleep in meetings and many years were a fog...don't know how I did it...I also was professor of mathematics and statistics on auto-pilot)...then I found Kratom and guess what...solved the problem(s)...for the most part...able to reduce all conventional drug therapies, <--- sorry that was a rather large parenthetical to say that this is why my wife keeps close eye on the Kratom news. So she searches the literature daily and will pass me content like this. After January 8th when Ohio Board decided to table Kratom scheduling until March, negative media in Ohio seemed to be pretty much quiet...I might be wrong on this because I have been in Florida and not checking myself. However, this report was a big surprise to me this morning, until I thought of the timing. So...Ohio must be gearing again.

What really needs to be done with articles like this is that the facts must be parsed by scientists in the way that the AKA has approached the issue. If indeed these are facts, then there is a problem and I as a consumer need to know what I am up against so I can make an informed decision. I see quotes and I see journal names, but I do not see scientific-peer reviewed citations. Now, I may be speaking from ignorance, this article may be spot on in the science, but I would insist on evaluating the scientific literature before I jumped to any conclusions.

Finally, I would say that there has been a lot of commingling of other drugs in some of the deaths and addictions that have been attributable to Kratom. For example, I have told you about the cocktail of drugs that I take above in addition to Kratom...now granted, they are in extremely low dosage these days...as I am trying to get totally off of them now that (at least temporarily) I have Kratom. But say, God forbid, I fall over dead at the keyboard in the next ten minutes and an autopsy is done. Will the coroner say mitragynine and/or
7-hydroxymitragynine (Kratom) was the culprit, or was it the benzo, or Prozac, or topamax or seroquel or a combination thereof, or just because I am an old man...I am 64 by the way...but I just got done running 3 miles this morning.

Well, I am the person who wrote the essay about hoping that clear head prevail in Ohio. I sincerely hope so. I cannot afford to be a criminal on the order of equivalence of someone possessing heroin. I can pay the fine, but for reasons I cannot discuss (physical and mental) I cannot do the time.

I wanted to thank you for catching that article. I know I have said to the board yesterday that it was my last post, but God has blessed me with another day or two to post to my bestest Kratom warrior friend.

Peace to all of you. I did some research into the post-scheduling world in Ohio and it appears that there is about 7-8 weeks before we would have to get rid of all Kratom. I hope that is so because I have the tricky business of coming off the Kratom and going back on my other meds and going back into zombie mode. That will signal my final retirement from consulting and teaching for sure.

Take care and again, slptlp, thank you for taking of your time to post this. I hope I have the correct article....coming out of NBC4 or something like that? There was also an article along with this one in which a former NASCAR driver who was injured has a Kratom shop in Columbus who warned that many of his clientele will turn back to heroin if Kratom is scheduled. There will be many people in Ohio that will transition from law-abiding citizens to criminals...I suppose that could be said of the establishment of any new law unless it is grandfathered in and this one won't be.

I would become a felon, as well! Not if Ohio bans it, but if GottLIEb gets his way. I can't be in a cell, or have that on my record, as that will not be good, concerning my disability payments..
I have a WEALTH of information and research on our beloved plant.
But while in Fl ( btw trees grow beautifully there- outside)...
Research Akaumma Seed, Incarvilla Sinensis, Moringa, Ashwaganda , and Shilajit 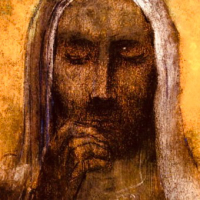 @dijon-evans
I have been looking up these herbs you listed. I’m familiar with the last three but had not heard about the first two.
Thank you for sharing Dijon.
JL

@slptlp
The media has become both lazy as well as a tool for the highest bidder.

This is all old garbage being rolled out for purposes that are far less than honorable. The list of reasons is fairly long so take your pick of who bankrolled this hysterical nonsense yet again.

Do you know what I feel, then do when I see this type of hysterical media nonsense? These attacks, every single one of them, heighten my resolve to fight for our Leaf in every way that I can. It actually reinvigorates my resolve to get the truth about kratom as far & wide as I can. These attacks also serve to strengthen my determination that they will NOT win this war ...

Always remember, the kratom community, our community is fierce, determined, supportive, knowledgeable & so much more ... Standing Together, we truly are a Force Of Nature!!!