Kratom: Fear-worthy foliage or beneficial botanical?
This topic has been deleted. Only users with topic management privileges can see it. 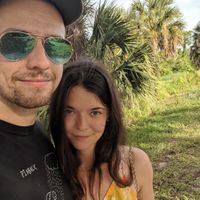 Is there a sensible path forward with kratom?
I’m not sure that anyone has the answer to this question. At bare minimum, safety could be improved with:

Regulation: it would be safer if people knew the exact dosages they were consuming and that it was free of contamination.
Education: educated consumers, who know the dangers and potential benefits, are far less vulnerable to misleading claims.
Research: if it does have benefits for either addiction or chronic pain, we should know, and it is critical that we better define the risks of using kratom, so that people are more accurately informed.

last edited by will 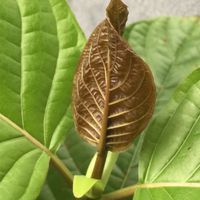 There are urinalaysis and hair/mouth swab tests for mitragynine metabolites available, but they are not common and are never if ever included on the standard 5/7/9 etc panels because it is still legal federally and in the majority of states. I’ve seen a “hundred panel” with mitragynine and 7-hydroxymitragyine, i think it was a military ordered panel or someone testing themselves privately. It is banned in the military afaik.

Good article which summarizes the situation around kratom, and both sides.

Definitely need a domestic source that can be evaluated and regulated from growth to processing to packaging to consumption. A legal age limit (21+) would behoove the industry... More research needs to be done. There are more than 5 important alkaloids in kratom which vary and could be evaluated for activity or medical benefit, alone or in tandem. There are numerous other minor alkaloids.

A big problem is the import source. Even though the trees are mature and there are many forests of kratom, there is a severe pressure to wild harvest, which is not always ethically done. Similar thing with processing, many people do not use kratom in the native area, and do not treat it as if it is going to be consumed. Many in the states who use methods that do not encourage sterilization (extractions and boiled teas, filtering, etc) may run into problems.

In one batch of my badly labeled, not for consumption “botanical specimen,” i found shards of metal from an electronic grinder apparatus. It became a suggestion to magnet sweep batches from indo... and since the Salmonella outbreaks, legitimately reported or not, it is important to use some kind of heat pasteurization or sterilization in the final consumption method.

Domestic kratom and regulation would fix many problems and bring jobs the the States. Simply put. Kratom is fairly safe, and only very rarely causes problems in polydrug use or overdose. Monodrug use of kratom has no legitimate, confirmed reported deaths as far as i know. Ome police officer died from ingesting kratom through a toss and wash, which was inhaled and caused subsequent pulmonary edema. This is a problem associated with an unsafe administration method, and not necessarily the drug itself. Misuse in this way is rare anyways.

There is no reason not to allow it, regulate it, sell it for people who are of age. In my opinion it should have a similar status in regulation to kava, if not a tad more restrictive or intensely regulated. It is a partial agonist opioid, it does have addictive characteristics, but nothing like full agonist opioids or alcohol or cocaine. Totally different, and SO Many people benefit an extraordinary amount from kratom even as it exists now. It would only get better with regulation. 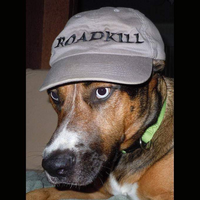